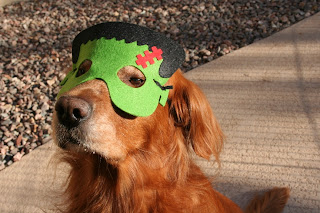 Did I scare you? 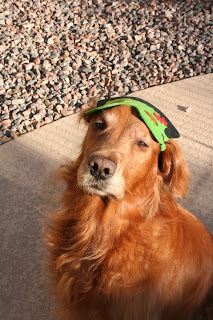 We hope you all have a safe and Happy Halloween!

Hey, Sam!  Did you notice Mom didn't put a mask on me?
Yes, Monty - It's because you are our favorite little MONster already!

(That and he always seems to disappear when a photo shoot involves him having to wear something! - Mom :D

Sam and Monty couldn't wait to try a bit of the cake.  ﻿ 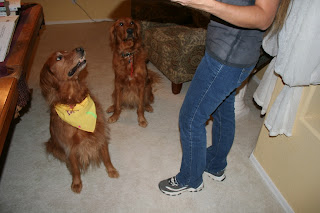 ...and  then the boys had permission to dig in!﻿ 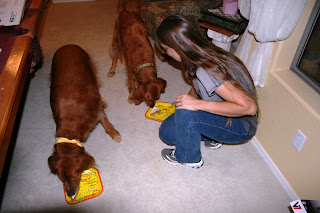 Sam had his done in record time!﻿ 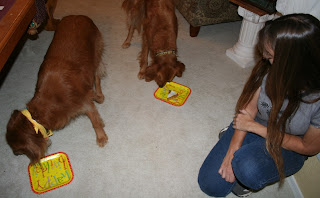 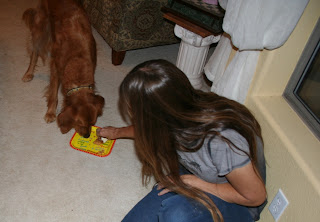 After the cake, it was time for toys!﻿ 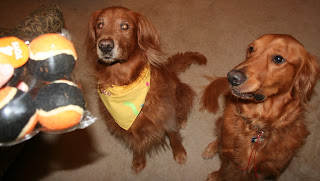 Sam was very happy with his new tennis balls! 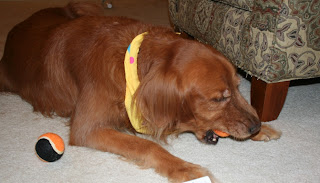 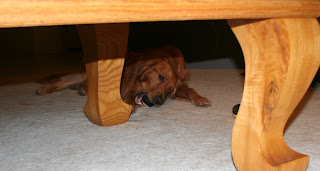 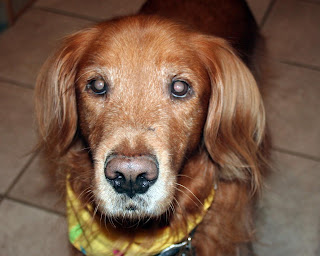 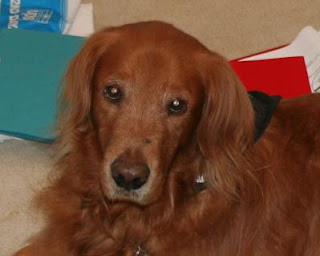 ﻿ ﻿
We are continuing to take Monty to agility on Wednesday evenings, although we aren't meeting with the success we are hoping to have.  Monty will do okay on some things, but absolutely will refuse to try other things.  So far, we haven't found a treat or toy that will motivate Monty.  He has turned his nose up to cheese, hot dogs and even meatballs!  The past Wednesday, the instructors declared that it must be because Monty is a genius!  They believe we haven't hit on things that interest him yet, and are boring him with the basics!﻿

Having said this, Monty has been looking at all his options, just in case he decided not to pursue a career in agility.  We've been getting all kinds of catalogs in the mail for him - MIT, Harvard, Yale...

The weather here in Arizona is finally turning nice, and we decided to have fun this weekend!  We joined our blogging friends, Brenda and Eugene, from Brenda's Arizona and headed over to McCormick-Stillman Railroad Park to enjoy Railfair 2011!

Since it has been a while since he has had an adventure, I took Sam along.  Monty stayed at home with Aaron - after seeing some of the train displays, I think it might have been the better decision.  Monty has been known to be a little, ummm... destructive..., in his happy-puppy-go-lucky kind of way!
﻿ The park is beautiful.  There is a carousel, several engines and cars on display, a museum, and a building housing train layouts from four separate clubs!  There is also a narrow gauge train that takes you for rides around the park.

Sam was a little startled at first to meet Sophie - she is a very happy and exuberant pup!  After the first few minutes though, they were good friends and willing to explore the park together.

Unfortunately, dogs aren't allowed in the museum and on the train, so we had to take turns to look at some of the displays - it worked out well though!


I'd like to be able to create a model train layout one day.  Some of the detail we saw was just amazing!


I did manage to take Sam into this little museum.  He was getting so much attention that he wanted it from everyone, including this guy...


Of course, he was also getting a little tired.  Sam has never liked sitting on hard surfaces, so when he gets a chance he sits in my lap!


﻿
We had a great day and look forward to meeting Sophie, Brenda and Eugene for more adventures!