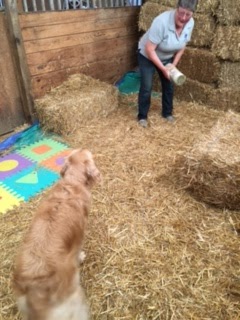 Wordless Wednesday - Life on the Farm 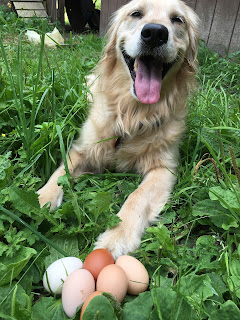 It's time for our monthly Chewy's review.  This one is extra special for two reasons:  it's Ramble's first review and Aaron stepped in to act as camera man.

We decided to review Dick Van Patten's Natural Balace Wild Pursuit Lamb Lung Bites.  These are Harlow's favorite treats although we tend to buy from another company.  I wanted to see what she thought about this brand. 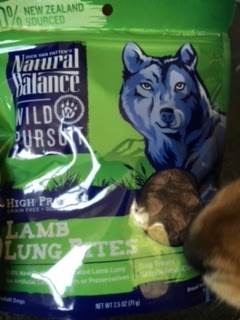 My favorite thing about these treats is the only ingredient is lamb lung - no artificial colors, flavors or preservatives.  Being dehydrated they are easy to break into smaller pieces.
Harlow and Monty are pros when they see the Chewy's box and it took Ramble a minute to realize it was a box for the pups and there were treats inside.  Aaron took the following photos:
Ramble still hasn't realized there is a goody coming.... 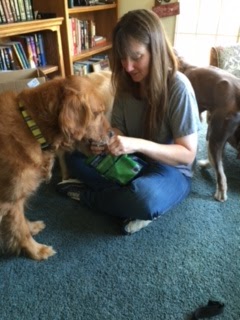 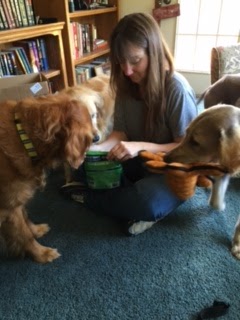 It's just dawning on him here. 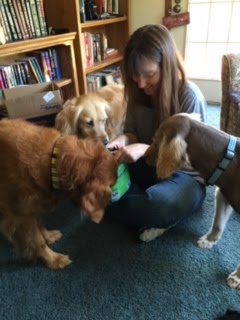 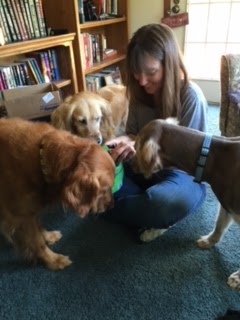 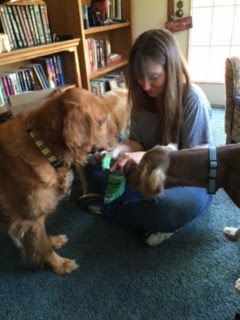 I'm wondering at this point if I should fear for my life... 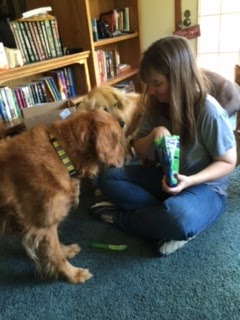 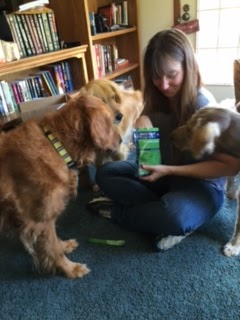 The boys have their sits mastered! 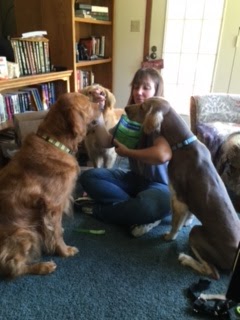 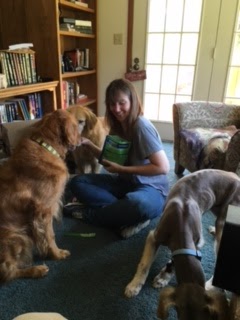 Harlow is there too.  She knows to patiently wait in the back.  I had to toss Ramble's for him to give Monty a chance to eat his. 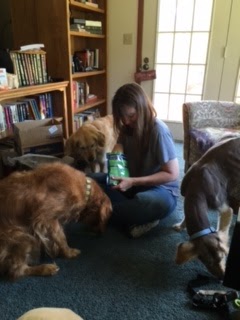 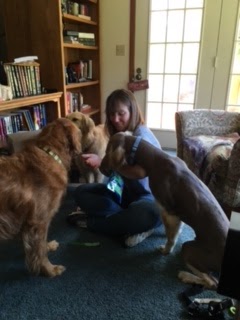 All right guys!  That was it! 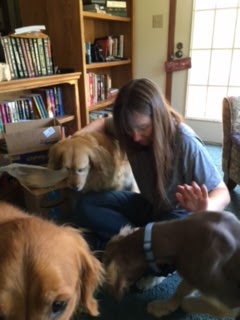 So as you can see, these treats were definitely a hit!  We love Natural Balance products in general, so I can definitely see purchasing this in the future.  If you hurry, they are on sale!

Disclaimer:  How Sam Sees It has not been compensated for this product review. We received a product to review.  We have no connection with the brand and were not influenced in our opinions. Our opinions are strictly our own.
Posted by How Sam Sees It at 3:00 AM 21 comments:

Furry Friday Mysteries: Part 3 - The crime is discovered, but will Harlow catch her suspect?

Harlow knew she was closing in on Slim, but still had found no sign of Monty Moriarty.  As in her Uncle's time, she knew that Moriarty would prove to be a most formidable foe and had escaped several times.  She hoped that by  capturing Slim and uncovering their plot she would her finally put Moriarty behind bars.

"Da Momma," she said,"why do you suppose they are flooding the market with counterfeits bills?"

I had no answer for her and we spent the next several hours throwing around ideas.  The only thing we could think of was that perhaps they wanted to devalue something they were interested in buying.


"...but what?" Harlow asked, gazing blankly out the window.
We sat in silence for a while, and then, her mind working in the same genius way her Uncle's had, Harlow looked at me and smiled.

"It's fruit, da Momma.  Washington state is known for fruit.  They must want to flood the market with counterfeit bills to force inflation high and make folks leave, and then they'll buy all the fields and corner the market on blackberries and blueberries!"

I was amazed at her logic.  I queried how she had come up with this thought.

"Uncle Sam left a note regarding a vice Monty Moriarty has, an addiction to fruit that has been the driving force behind his past criminal activity."

It was brilliant.  ...but we still did not know how to catch our suspects.

"I fear we may lose Moriarty again," she said.  "Slim however, has been frequenting a burger joint several times a day."  She handed me a photo.  "This grainy surveillance photo shows him there just this morning."

Despite the fuzzy appearance of the photo, I could tell it was indeed Slim.   I asked what our next step would be.

"We will wait for him, da Momma," she paused briefly on our way to the car, "and arrest him when he arrives."

In a short time we arrived at the restaurant and it did not take long for Slim to appear.  Harlow sprang from the car and yelled, "Slim, you are under arrest!"

We should have known he would not go quietly.  With amazing speed he jumped at Harlow, and a spectacular battle ensued!

I'll admit, I feared for Harlow, but she fought our suspect courageously.   In no time at all she subdued him, and we felt secure in our knowledge that one of our suspects would soon be behind bars.
It was only after that she paused to reflect on the day.  "Da Momma," she said thoughtfully, "I fear Slim will not be long in jail before he finds a method to secure his freedom.  This caper will only be over when Monty Moriarty is in jail."

Only later would I realize just how prophetic her words were. 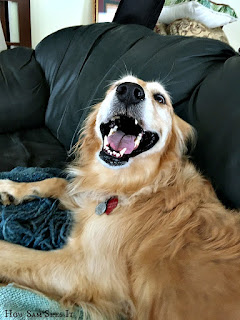 Over the weekend we got a special package in the mail - a box of goodies for the pups and the chickens (that's right) from Monty and Ramble's foster Momma, Candy!
It was chock full of surprises for all the pups!
There was a special gift for Harlow - who couldn't wait to eat, er... play with her new bunny friend!


There were lots of treats for all the pups!

Don't worry, Monty had treats too!
See?  :)
There was another gift for da Harlow, which she was happy to see as Ramble stole her Snowball.
Evidence....

....and the chickens got treats!  Sorry - no photos of them enjoying these.  I cannot get the lid off!  LOL! 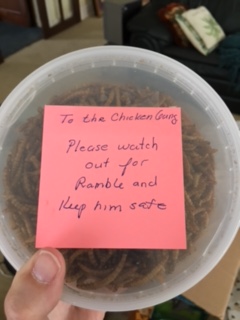 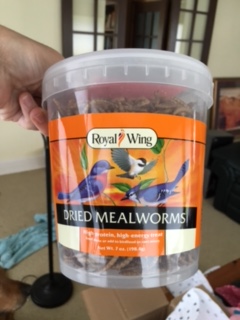 All the pups say thank you, Foster Momma Candy!

The Harlow Approved Pink Bunny Chewing location - this was her second surprise! 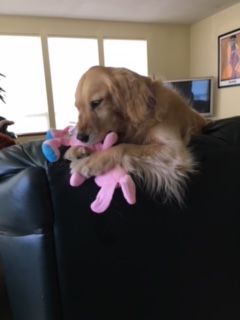 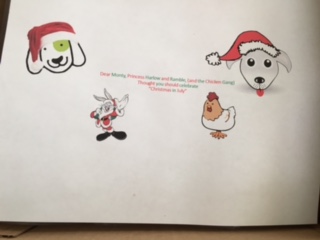 It really was Christmas in July!  Thank you!
Posted by How Sam Sees It at 5:38 PM 12 comments: