We’ve had another weekend with very little internet connection, but this time I am in Paradise Bakery & Cafe updating Sam’s blog. We’ve had another busy weekend, this time working on our special project – getting our library to resemble a library. So far it has turned into a bigger project then we expected. We bought additional shelves, shampooed the carpets, set up an office space, and have sorted and rearranged the books. We are still not quite done, but I think we are on the winning edge. Sam, however, is bored. 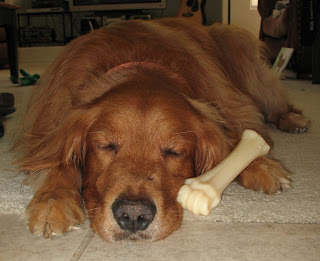 Is this not a cute face? 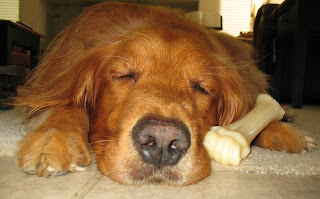 On other news, our morning walks have taken on new meaning. Sam had his check-up at the vets on Friday and has been told that he is overweight. She did not say overweight, though. She used the three-letter F-word. Yup, she called Sam F-A-T! Tell me, does he look fat to you?

This is the body of a well tuned, does not know he is getting a bath today, precision machine! 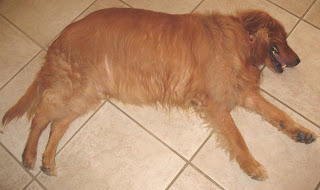 We’ve also had to cut down on his bones and treats. This has confused him greatly. He’s been rather quiet this weekend, and we think he is trying to figure out what he has done wrong where he isn’t getting treats like he is used to.

He weighed in at a whopping 92 pounds on Friday. We have three weeks before his recheck. I will let you know how we did! Keep your fingers crossed!

Since last week I presented recommended reading, I thought I might try it again. This time I recommend a series of books printed back in the 20’s and 30’s by Albert Payson Terhune. They aren’t published anymore so you will need to look for them at antique stores, eBay, etc. Originally published as short stories in women’s magazines, they books gained quite a following and were eventually published in book form. They are about his beloved collies, and mainly follow the adventures of Lad, his favorite. Nowadays, they would be classified as children’s literature, but I have always enjoyed reading them. The titles include Lad of Sunnybank, Lochnivar Luck, The Way of the Dog, Grey Dawn and others. 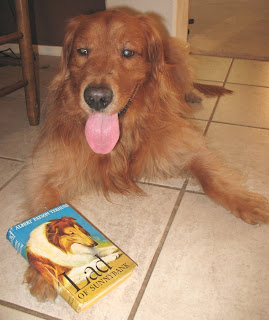 Sam wishes you all the best week!
Posted by How Sam Sees It at 8:53 AM