We haven't been able to blog much this week due to a family emergency. Thankfully, the situation is slowly resolving itself. Aaron and I decided to take a break and go visit the Phoenix Pet Expo. We took Sam and Monty along since we all needed a break!

The Expo was held at the University of Phoenix Stadium in Glendale, Arizona. We were surprised how crowded it was. We were a little bit worried about Monty, not knowing how he would react to so many people, sights and smells, but he behaved like a champion! 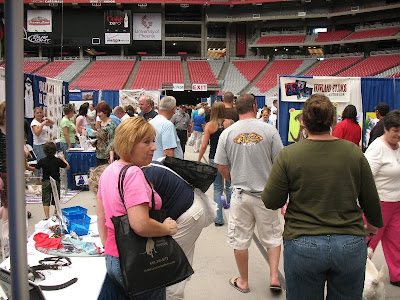 There were so many dogs there too! We saw so many different breeds. I'm pretty sure I saw Nigel Buggers, or maybe his doppelganger? They were gone too fast and we didn't get a chance to take a picture of him. By any chance were you guys in Arizona?

There were so many dog breeds! We saw bulldogs, retrievers, mixes - you name it, they all seemed to be there! We did get pictures of this big fuzzy girl. We are not sure what breed she was, but she sure was pretty. 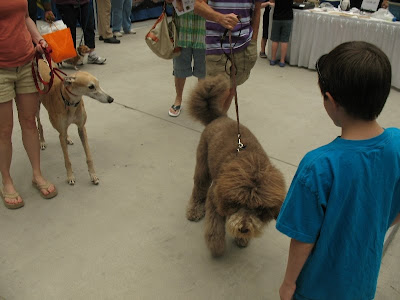 Aaron managed to catch this picture of a Borzoi. 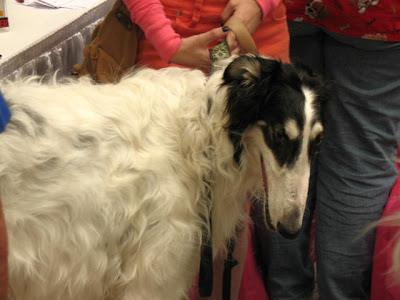 This little guy came dressed for the event! 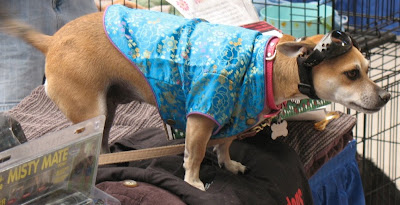 There were other animals there beside dogs. We saw cats, birds, reptiles and rabbits. 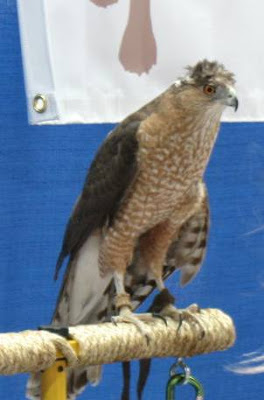 The Expo had lots of things to see. There were all kinds of rescues and many of the booths had products or services to offer. We were really amazed by this guard dog demonstrations. He was so quick we had a hard time taking pictures of him! 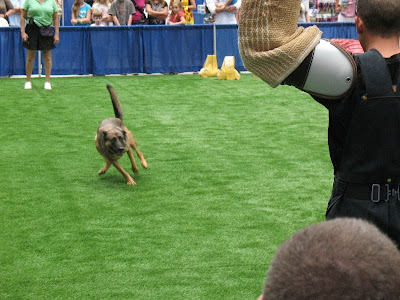 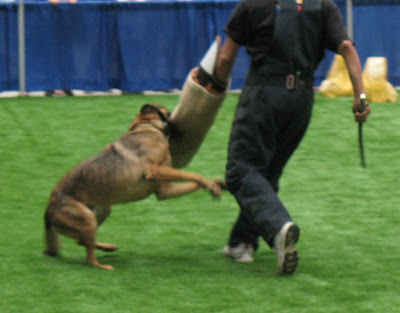 This dog was part of a display for an obedience class. I think he was doing very well! 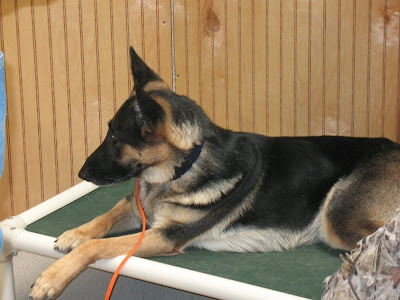 We were impressed by this Golden Retriever - he had his own setup to travel in style! 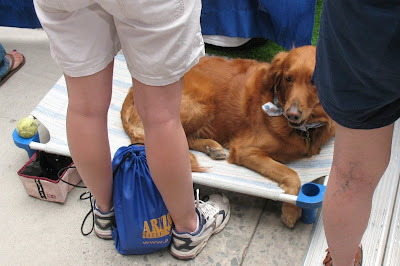 They were also giving flyball and frisbee demos. I hope you are paying attention, Monty! 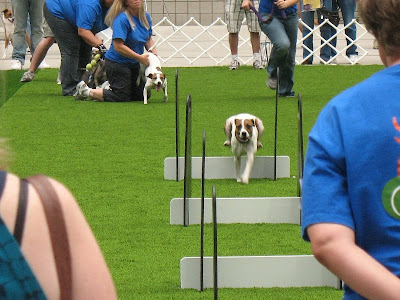 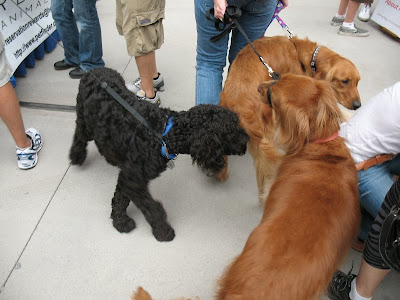 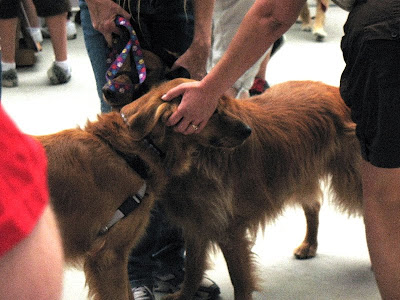 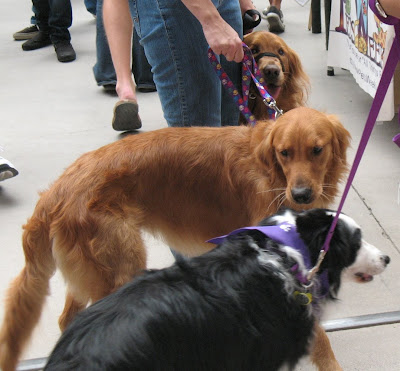 Of course, we really do try to wear some of Monty's energy off. I think we were a success today! 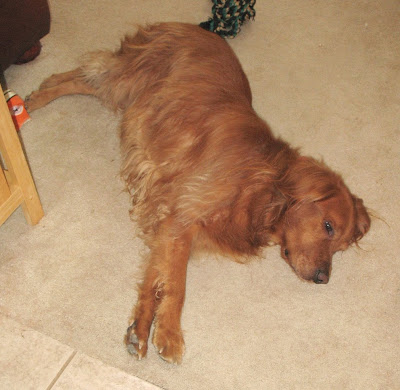 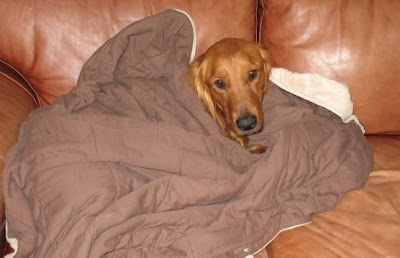 We hope you all have a great weekend!
Posted by How Sam Sees It at 6:49 PM