13 Days of Halloween, “The Twilight Zone" 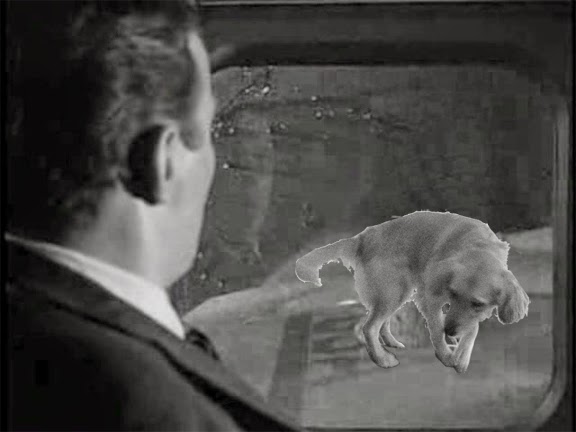 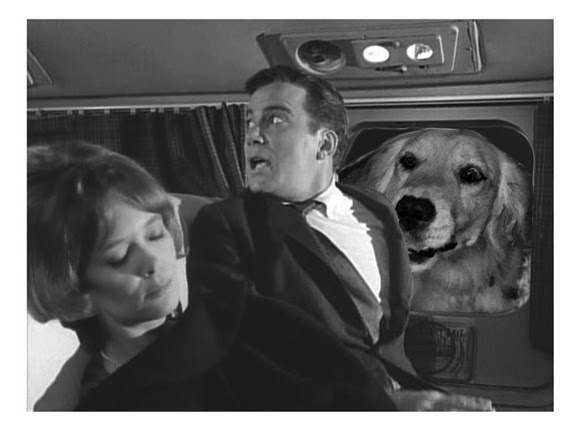 Portrait of a frightened man: Mr. Robert Wilson, thirty-seven, husband, father, and salesman on sick leave. Mr. Wilson spent the last six months recovering from a nervous breakdown, on an evening not dissimilar to this one.  Tonight he’s traveling all the way to his appointed destination, which, contrary to Mr. Wilson’s plan, happens to be in the darkest corner of… the Harlow Zone.
Posted by How Sam Sees It at 11:43 AM