Well, here we go again. We brought Sam to the vet this morning to investigate several lumps that have appeared recently. Dr. Kerne poked and prodded, and decided that while worrisome, considering Sam's history, they weren't anything too serious. Then we showed her a different lump on his leg and she decided they were more worrisome than originally thought. Sam is now scheduled for surgery next Thursday to have all the lumps removed. 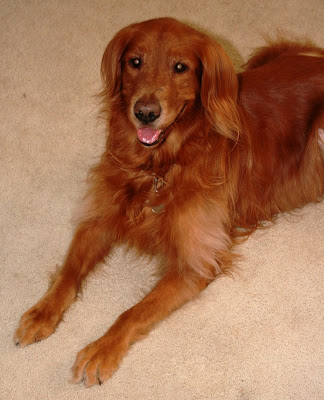 Even though he's now sporting a few bald patches. 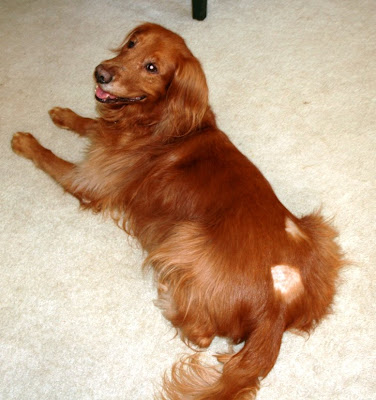