Sam is feeling just a bit better today, although he is still not well. His poops are still not quite normal and he seems very tired. The medicine is helping control his coughing and sneezing, but his nose is very runny.

Since Sam is not well enough for any special treats we will postpone his birthday a couple of days. I've been collecting recipes from Sam's friends in hopes of making his day very special. Since his tummy is not quite normal, we've decided not to take a chance!

However, even though Sam understands about missing his birthday, he doesn't want to miss out on Halloween! We have been very busy this weekend decorating pumpkins and getting his costume ready.

Here Sam is inspecting the pumpkins. Since I am very dangerous to myself when armed with a knife, I decided to paint a pumpkin instead. Aaron and I went to Hobby Lobby and found these very life-like fake pumpkins. We still bought a small pumpkin, but it will stay just as it is - unharmed. 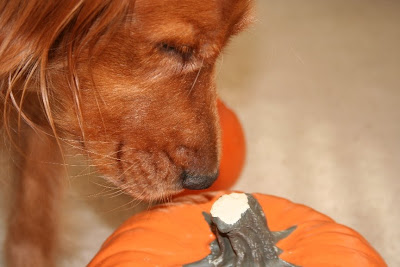 Here is the first template for the pumpkin. 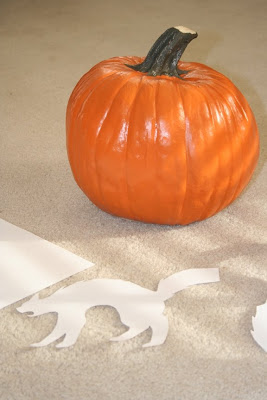 The painted cat side - Sam was very nervous around this cat! 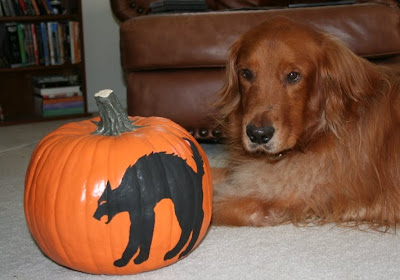 The finished dog side... The pumpkin is not quite done yet, I need to add a few small decorations. 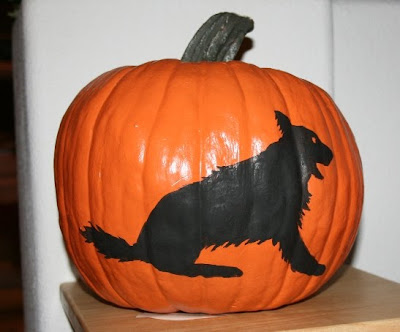 I am making a few modifications to a childs bee suit for Sam. Here he is modeling the hat - this is actually the first smile we've seen on him all weekend! 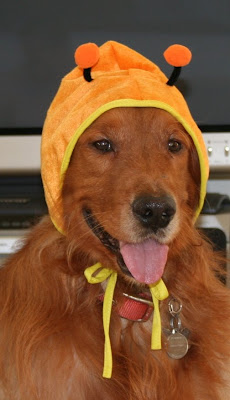 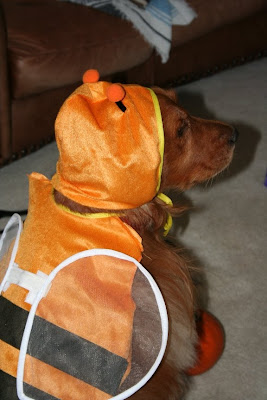 Modeling with his pumpkins: 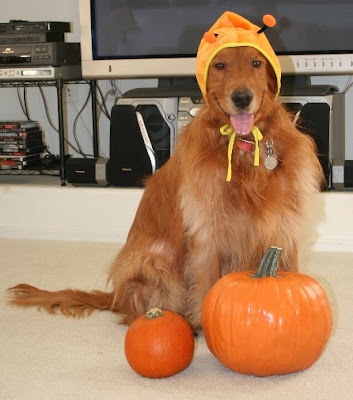 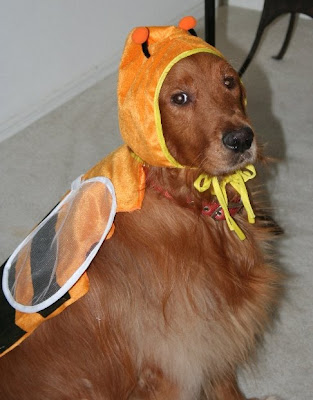 In other news, we are still busy taking care of my sister's pets. We snapped this picture of Caspian playing with the bones of his victims. Sam would like to point out that we should never turn our backs on cats! 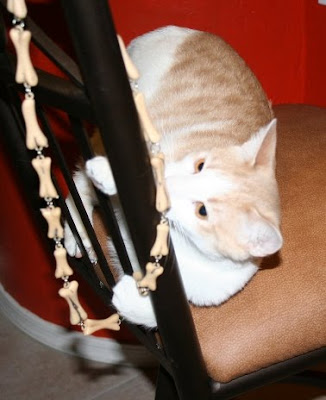 My ornamental pepper plant bloomed. I had no idea these things would bloom! I thought the flowers were rather pretty. They are only about a 1/4" in size. 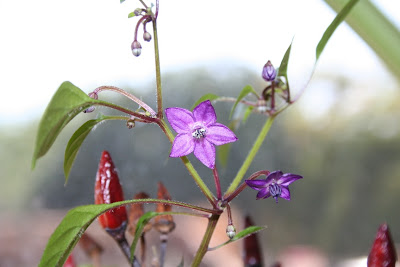 We managed to get one more of the stray cats spayed - another female! 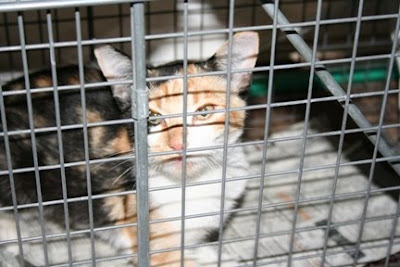 We have three more to do. The one on the far right has already been spayed. The other three still need to be done.

Sam had a very close call, too! Aaron and I thought about giving him a bath this weekend... 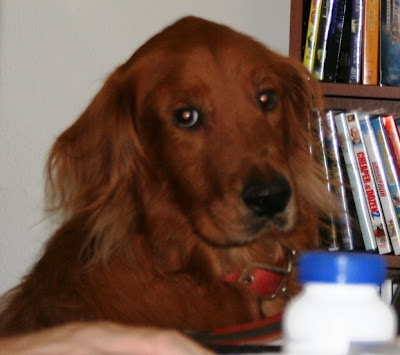 ...but decided he could wait until he is feeling a little better!

Thank you everyone for keeping Sam in your thoughts. My little guy is still pretty sick, but every day seems a little better. I will keep you all posted!
Posted by How Sam Sees It at 8:16 PM

Labels: On The Mend