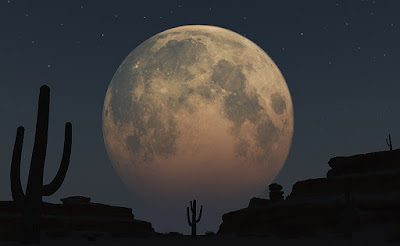 I remember well what happened when last that orb shone brightly across the desert…and the horror that followed. 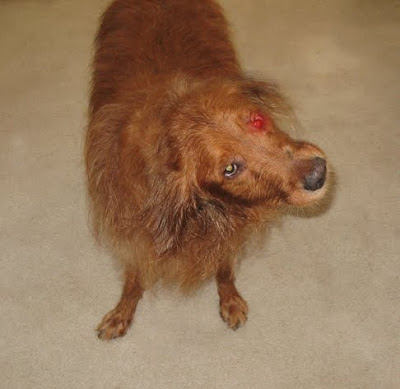 As its light streamed through the open window, I started to feel strange, twitching and snarling... 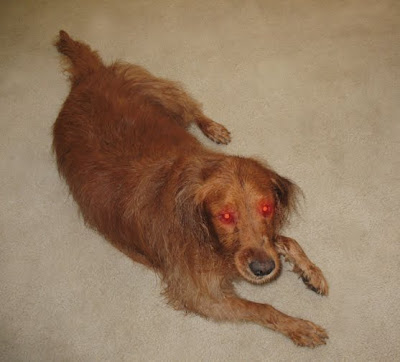 I dropped to the floor, unable to control my tremors... 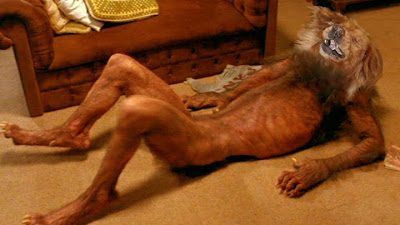 as a strange metamorphosis began to occur... 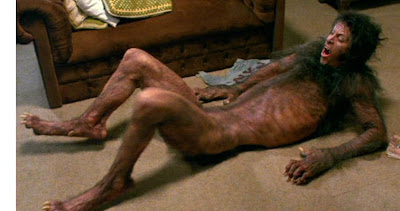 I called out to my vet, "What's happening to me?" and thus she replied: