A Moment of Mayhem

Many of you have mentioned in the comments of our previous posts that you would like to know just what mischief the boys got themselves into that almost prevented us from taking them with. Well, we are prepared to reveal to you the horrible events that unfolded yesterday morning. Please, be prepared, you have been warned.

First of all, a photo of the accused. On the left, Sam aka "The Shredder", and on the right Monty, aka "Mr Mayhem". Oh, yes, we've been aware of these two for some time. They have quite a history with our detectives. Don't be fooled by their innocent faces. 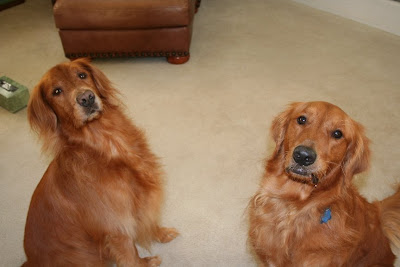 Next, we take you to the scene of this horrific crime. Let me take you back. It's a peaceful Arizona morning in a small, quiet suburb. Life is going on as usual. However, on this particular morning, one Doggy Mom makes the decision to wash the slipcovers of the doggy beds. She piles the inner cushions on the pool room sofa, throws the covers in the washer, and begins preparing for the days planned events. Somewhere between 8am and 9am, this horrific crime occurred. I now present you with photos from the crime scene.

Exhibit A - This photo clearly shows the cotton spatter after the horrific attack occurred. On the top left of the photo, you can see the body of the first victim. 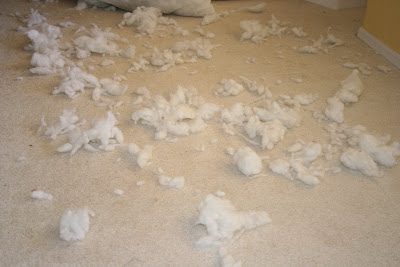 Exhibit B - Prosecutors would like to point out the cotton spatter went as high as the pool table. 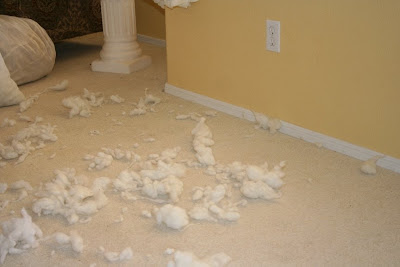 And our final argument, Exhibit C - The victims have been removed from the scene of the crime. They were rushed to ER, but nothing could be done to help them at this point. 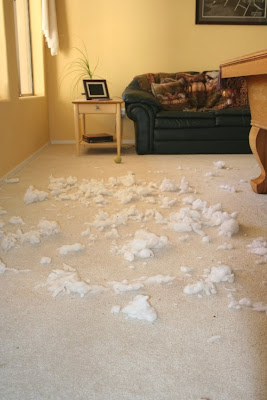 "It could be anyone," you say? Our surveillance teams captured footage of one of the suspects returning to the scene of the crime. Even though this photo is a bit blurry, it is undeniable proof of who the culprits are. 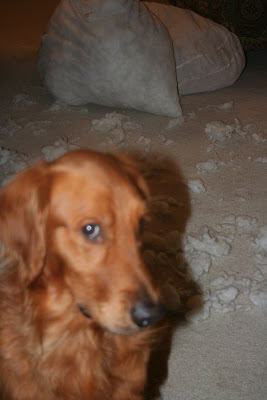