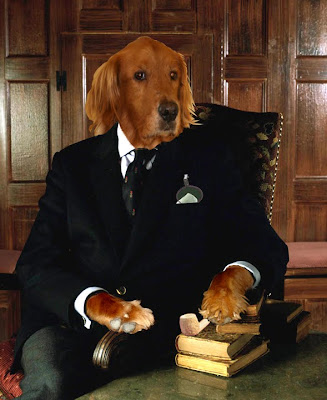 Welcome all, and thank you for joining me this evening. Tonight’s program is especially exciting as I have an opportunity to share one of my abiding passions, that of classical artistic expression over the course of centuries. A surprising subject for the average dog-blog I know, but if you will indulge me, as you so often have in the past…. 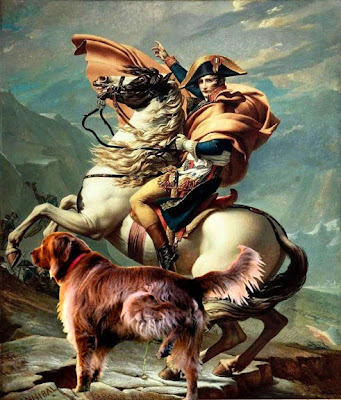 As an introductory offer, first let us examine the artist Jacques-Louis David, a French painter of the Neo-classical style, considered by many to be the foremost painter of his era. In the 18th century his vision of historical expression (well worth arguing I must admit) paved a marked change from the popular representation of Rococo lightheartedness, towards a more classical asceticism; indeed, the austerity and seriousness of his representations meshed well with the popular expectations of that regime. Our painting, done in 1801, is a representation of Napoleon's Crossing of the Alps. The composition shows a strongly idealized view of the crossing that Napoleon and his army made across the Alps in 1800. Fascinating, is it not? 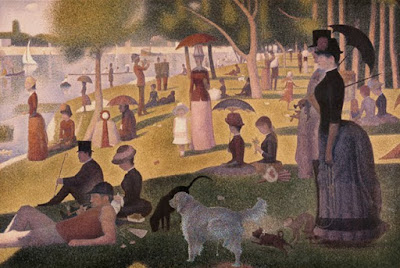 Next (I admit that we aren’t following an historical artistic evolution of art, even if it’s chronological) let’s take a look at the work of Georges Seurat – Seen here is his huge painting, A Sunday Afternoon on the Island of La Grande Jatte, his most famous work. An artistic endeavor so vast that the composition, from start to finish, took two years (1884 to1886) to complete. The final product arguably created, single-handedly, the entire concept of Neo-impressionism; and as such is one of the icons of 19th century artistic endeavor. 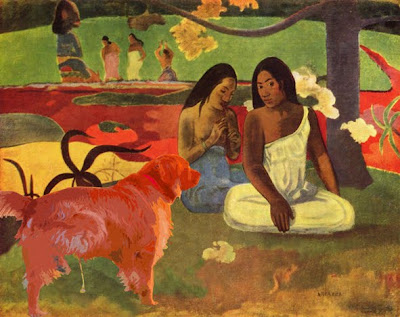 Now this is entrancing, is it not? The work of Eugène Henri Paul Gauguin, the world’s preeminent post-Impressionist painter. His bold experimentation with coloring led directly to the introduction of what we today call modern art; while simultaneously maintaining his expression of the basic reality of the targets in his painting he also sought to find the overarching truth of his subjects. His work paved the way for modern Primitivism (if I can be so bold as to term it as such) and a welcome return to a more pastoral reflection of these subjects.. 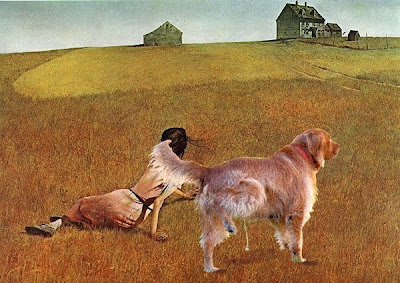 Finally tonight, let us examine this most famous work of Andrew Wyeth, a realist painter working for most of his career in what was termed in today’s jargon as the “regionalist style”. Perhaps the best known of all U.S. artists of the 20th century, he was often referred to as the "Painter of the People," due to his work's popularity with the American public. Our painting was done in 1948. 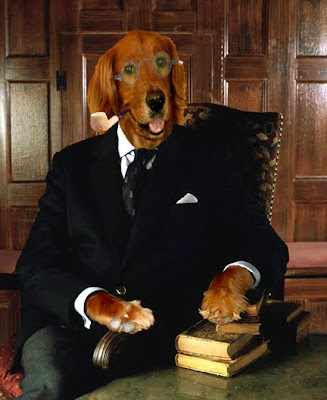 I know I haven't identified each painting by name and era, but how else might I entice you back to this silly, tiny corner of the web? Please, know that I thank you for joining me this evening, and would like to welcome you back to the next exciting episode of, Masterpees Theater.
Posted by How Sam Sees It at 9:07 PM