Have you ever bought your pups a toy, and realized only later that it was a bad idea?

Wal-Mart had a sale on giant tennis balls, and being a thoughtful doggy Mom, I bought both Sam and Monty each one.

Sam was happy with his, but after rolling it around for a few minutes, decided he liked tennis balls that he could carry a bit more...

Thanks, Mom, it's very nice. 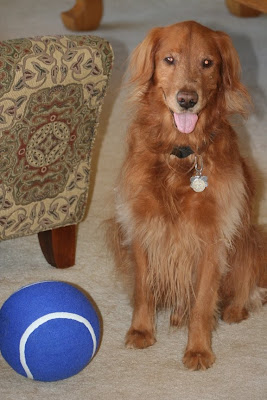 Monty was overjoyed. He took one look at his ball and promptly challenged it to a fight to the death! 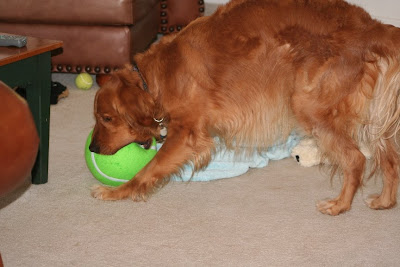 Thank goodness we don't have anything fragile! For a few minutes it sounded like a wild bull was loose in our house!

Monty eventually fought it to a standstill.

It's getting tired, Dad! 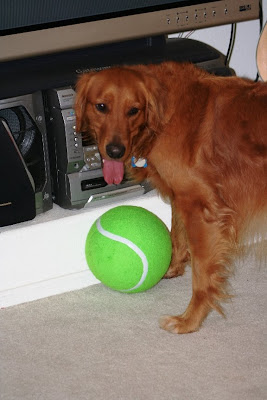 ...and finally Monty managed to pop it! Elapsed time: 8 minutes and 34 seconds...

Here he is resting after his heroic battle! 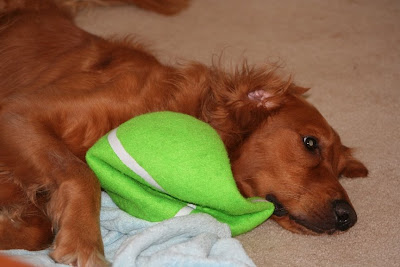 After a quick nap he sprang into action!

Monty, is that Sam's ball you've got there? 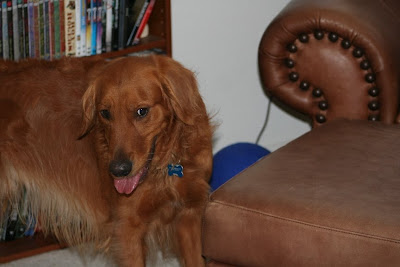 It didn't take as long to pop Sam's, but Monty is now the proud owner of two deflated tennis balls!
Posted by How Sam Sees It at 5:30 AM