Sam came home last night and is feeling quite a bit better. The vet thinks he may have eaten something fuzzy and poisonous - he threw up a little fur, a little bone, and someting just a tad scaley. I think a neighbors cat might have left his lunch in our yard and Sam finished it off, being the good host that he is. The Vet gave him an emetic which turned up the evidence, and once he came clean (so to speak), he felt much better. So, after three days of chasing him around the house with a rug shampooer (I appreciate the seventies as much as anyone, but tie-dyed rugs are out of the question) things are finally back to mormal. Well, not according to Sam; he's on special food, medicine, and a strict no-treat diet which he is protesting every chance he gets.

This is Aaron - I like to think the boy ate a snake that ate a mouse that had eaten a Gila Monster.

Editor's Note: I think he is grumpy about the carpets...

Sam has been reunited with his ball: 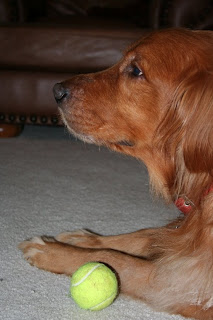 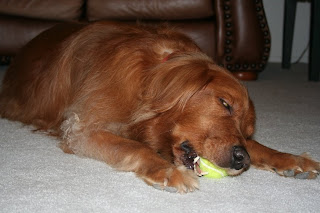 A dog and his ball: 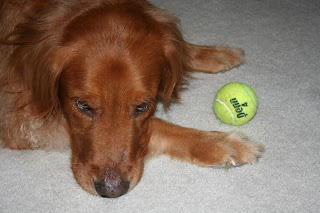 The medicine has kicked in: 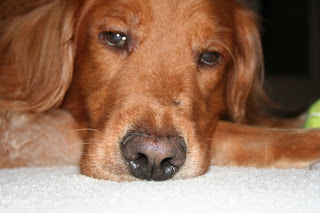 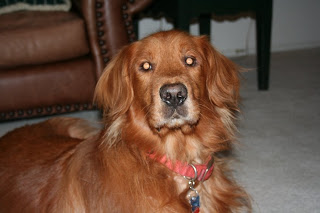